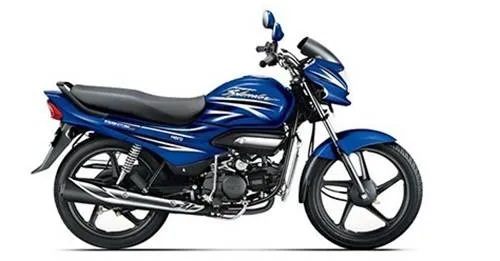 As the title suggests, both bikes belong to the 125cc segment. Both are for the mass market and are commuting bikes. Moreover, they are also among the most popular bikes in India.
Let’s begin with the Hero Super Splendor. Hero MotoCorp has applied the prefix “Super” to position the bike as a premium offering. It also has a larger engine displacement than other Splendors. Speaking of which, it uses a 125cc engine over a 100cc or 110cc engine. Moreover, it has been selling like hotcakes for over two decades. The Honda Shine is also an old model and has already set a benchmark with its strong sales.
As mentioned earlier, these two bikes are already among the bestselling bikes in the country as they are affordable, have respectable engine outputs, and have low running costs. However, the Honda Shine has a marginally higher price than the Hero Super Splendor. So, if you are confused between the two, let’s continue weighing them and see how they stack up against each other.
Let’s begin!

As far as the Honda Shine specifications are concerned, it has a 124cc single-cylinder air-cooled engine that churns out 10bhp of power at 7500rpm and 11Nm of torque at 5500rpm. The rear wheel of the bike receives power via a five-speed manual transmission. Moreover, it stores its fuel in a 10.5-litre fuel tank.
This BS6-compliant is more refined and has a real-life mileage of 55kmpl. Considering the Honda Shine price, which you’ll get to know later in this blog, it seems to be a better package than the Super Splendor.

The performance and mileage of both bikes are more or less the same. And if you want to get an idea of which bike will win on a straight road, then the Honda Shine might be the winner by considering the kerb weight.
In other words, the power-to-weight ratio of the Honda Shine is better than that of the Hero Super Splendor.

As for the Hero Super Splendor dimensions, its length is 2042mm, its width is 740mm, its height is 1102mm, and it sits on a wheelbase of 1273mm. The saddle height is 799mm.
The 2022 Super Splendor’s ground clearance is also pretty good for Indian roads as it measures 180mm.
The kerb weight of this bike is 122kg.

On the contrary, the dimensions of the Honda CB Shine 125 are 2046mm in length, 737mm in width, and 1116mm in height, and it has a wheelbase measuring 1285mm. The seat, or saddle height, is 791mm. When comparing the Honda Shine’s ground clearance with the Super Splendor, the latter has a better ride height since the former’s ride height is only 162mm. Irrespective of the low ground clearance compared to the Splendor, commuters still do long trips on the Shine as it is adequate for Indian roads. However, either of the bikes won’t make you complain about anything.
The Shine 125 has a kerb weight of 114kg.
As mentioned before, the power-to-weight ratio of the Honda CB Shine 125 is better than that of the Hero Super Splendor.

Beginning with the Hero Super Splendor, it has a diamond tubular frame that is rigid and handles pretty well. Furthermore, the Hero Shine also has a diamond frame. Both bikes have that frame and are well suited for the Indian roads. They are also relatively cheaper, yet they are rigid and nimble.

As for the suspension setup, both bikes are similar in that respect. Let’s start with the Super Splendor bike. At the front of the bike, you’ll get a telescopic hydraulic shock absorber. And, at the rear end, you will get a five-step adjustable hydraulic shock absorber.
The Honda CB Shine has a telescopic and hydraulic setup at the front and rear, respectively. The suspension setup on both the 125cc bikes is more or less the same.
As mentioned before, the owners of these bikes do take them for long-distance journeys as their suspensions have been tuned according to the Indian roads. However, it is best to take a test ride as opinions vary based on the experience of every individual. You can also compare
Apart from that, these bikes are also easy to maintain and fix. If any part of either of the bikes doesn’t work at all, then their spare parts are easily accessible.

As far as the Hero Super Splendor price is concerned, the on-road price in Delhi starts at Rs 90,511 for the base model, the Drum Alloy. And, it goes up to Rs 95,005 for the top model, the Splendor Disc-Black and Accent. Furthermore, there are four variants on offer, and you can choose any, as per your budget.

While the Honda Shine also has four variants, each with different colour options. Moving forward to the figures, the on-road price of the CB Shine starts at Rs 91,229 for the base model, the Drum, which goes up to Rs 96,630 for the top model, the Shine Celebration Edition Disc.

Please note that these prices are as of August 2022 and are subject to change without prior notice to the customers. But don’t worry, since the autoX website is here to help you with a curated list of the updated prices of your dream vehicle. You can also check the on-road price of your dream bike and car under the “scooters/bikes” and “cars” categories. For more automotive-related content, explore the website or visit YouTube. You can also stay connected with us on Facebook, Twitter, LinkedIn, and Instagram. For more updates, stay tuned!